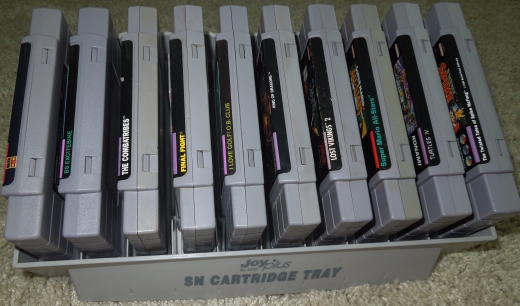 Note: These games were played on a SupaRetronHD, an amazingly cheap HD SNES-style system that I’ve come to really like.

Admittedly, this is an absurd list.  The following is in no way meant to be taken seriously in spite of what the title so boldly proclaims.  This list is comprised of games I originally played as a kid, in addition to titles I’ve enjoyed as an adult.  These are games I’ve come back to again and again.

I recently made a similar “Six Game SNES Challenge” video on my youtube channel. I deviated from that concept a bit and changed and expanded my collection to ten games.  The chances are surely zero that anyone reading this would completely agree with my list, or even some of it.  Then again, maybe no two lists of any individuals would be alike, making my list true, as Ben Kenobi would put it, “from a certain point of view” (mine).

You may notice a commonality with most of these games – simplicity.  The older I get, the more I gravitate towards simpler games, like old arcade games.  Not that I don’t enjoy a good, epic RPG every now and then – I do.  But generally, my philosophy has become, “If I want to think, read. If I don’t, play a video game.  Not that I believe video games are incapable of making one think, mind you; more-so that I prefer video games that don’t.  As an adult with a family and a job, I prefer to spend my limited recreation time with video games that don’t require me to do the one thing I have to do in every other aspect of my life – use my brain (at least, not much).

*This list is alphabetical, but if you’re wondering which game is the #1 game ever made for the SNES, keep reading.

Without further adieu, here is The Top 10 Greatest SNES Games of All Time as decided by The Southern Gentleman. 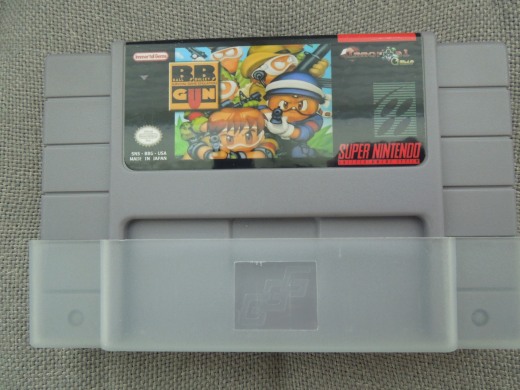 1. Ball Bullet Gun – This Super Famicom war simulation game provides hours and hours of entertainment and engagement.  You’ll need the English translation version if you’re not fluent in Japanese. Finally beating a mission that I’ve repeatedly failed at brings a gratifying-video-game feeling that is unparalleled, at least in my experience of repeatedly failing at video game levels or missions before finally succeeding. 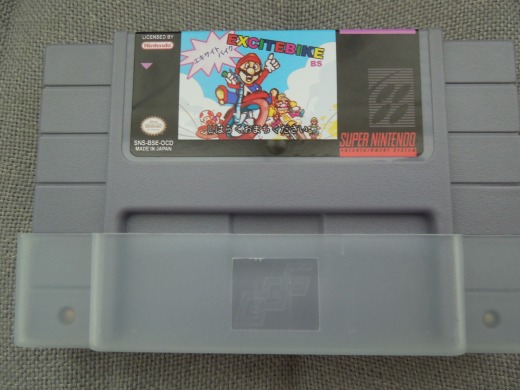 BS Excitbike – Motorbikes and Mario for the win!

2. BS Excitebike – The first game I ever reviewed on this website.  A pseudo-sequel to the NES’ Excitebike, this game basically just added Mario characters to that gameplay experience.  The game was originally released only in Japan for the BS Satellaview, and the game today is playable in SNES cartridge form in a slightly modified form.  High score chasing on a motorbike with Mario?  Case closed.

3. The Combatribes – Short, satisfying Beat ‘Em Up with overlarge sprites and terrific pummeling sound effects.  The seemingly easily overlooked one-on-one fighting mode (and playing as the bosses) is a hidden gem as well. 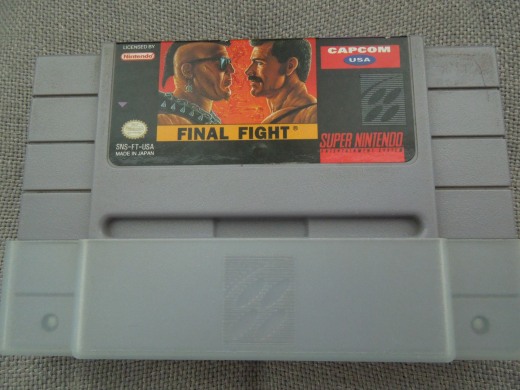 Final Fight – Ignore every critic who ever said, “No Guy, No Industrial Level, No Thanks,” and play this SNES masterpiece.

4. Final Fight – An original SNES release, I always preferred this to the arcade version specifically because it was a shorter experience due to the excision of one level, thus making it a Beat ‘Em Up with a perfect ‘feel’ that doesn’t overstay its welcome. 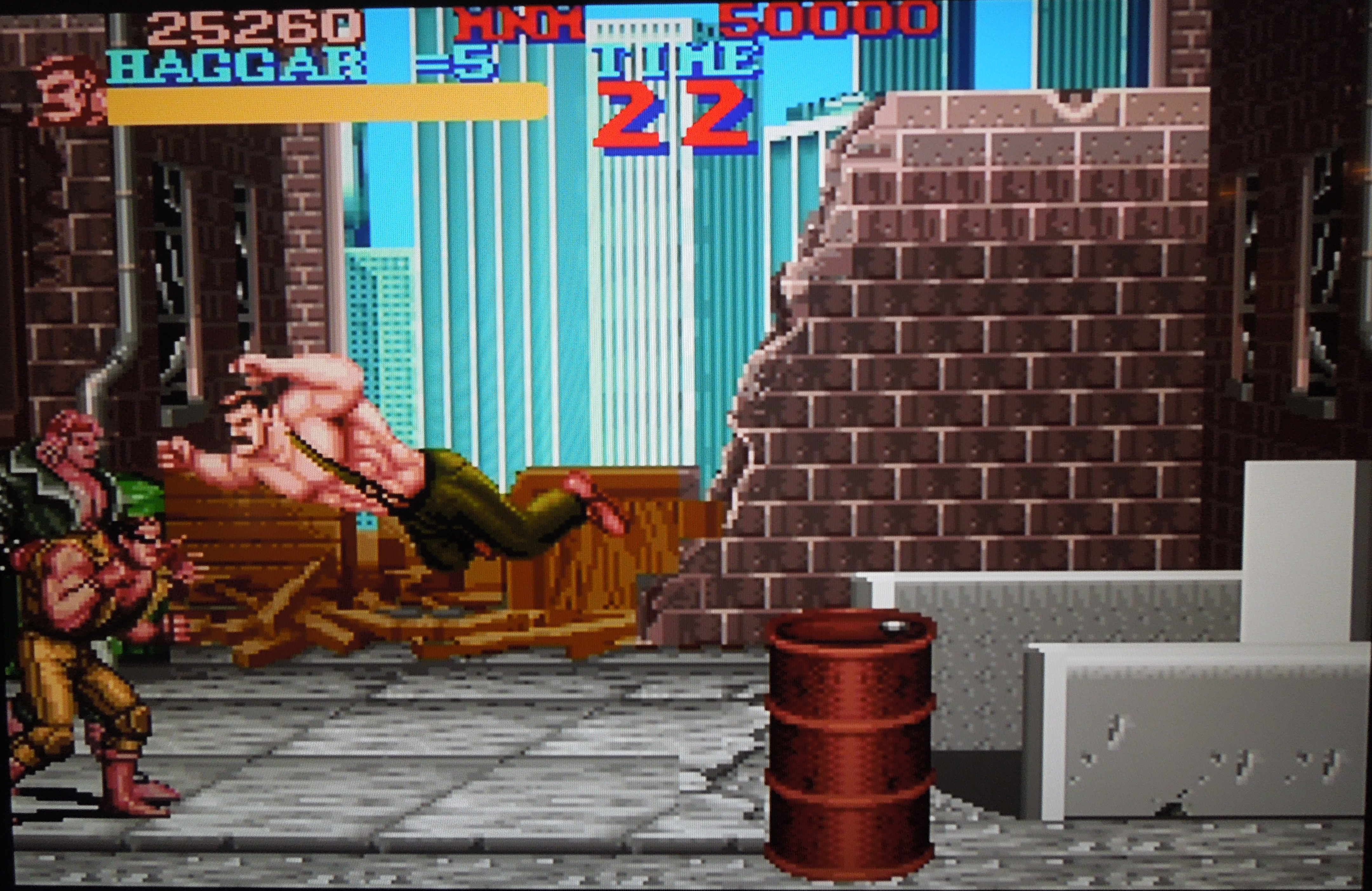 I love Golf O.B. Club – The golf game to end all sports games

5. I love Golf O.B. Club – Another BS Satellaview release, today the game has been translated and modified to play on the SNES.  A mixture of golf/mini-golf, the perfect gameplay is addictive immediately, even if you hate real golf or never had any interest in golf games.  Better than every other sports game made for the SNES.

King of Dragons – A game so outstanding that when it was first released back in 199x, I convinced my best friend it was the one game he needed to buy with his birthday money.  A month later, it was mine with a trade of a couple of trash sports games.  I don’t feel good about it, but it happened.

6. King of Dragons – Medieval Beat ‘Em Up with RPG elements.  Plowing through wave after wave of monsters, wizards, and armies of the dead cement this game’s appeal.  The character choices and simple control scheme only add to the tremendous experience.

Lost Vikings 2 – Comments and jokes are beneath this game.  This game is the peerless #1 Game of All Time for the SNES.

7. Lost Vikings 2 – An argument can be made for either this game or its excellent predecessor, The Lost Vikings.  This game tops the original, however, because of its expanded playable character roster and expanded move set, and because of its darker locales.  The humor also is absolutely top notch among movies, books, television shows, youtube channels, and video games.  This game is the best game ever made for the SNES. If logically you then question, “If this game is such a solid number one, how can the ‘excellent’ predecessor, The Lost Vikings, not even be in the top 10?” my response is simply, “No more questions!”

BONUS CONTENT: The long awaited, often debated question about which Viking is best has finally been permanently answered: Baleog the Fierce is the best.  I once heard (myself say) a rumor that the long-awaited final chapter in The Lost Vikings Trilogy was entitled The Lost Vikings III: The Betrayal of Baleog, in which, after years of under-appreciation and lack of proper respect, something subtle but permanent snaps in Baleog, and he begins to systematically pick apart his former friends, Erik, Olaf, Fang, and Scorch.  Gameplay is reportedly extraordinarily similar to the first two outings, but each area of the game ends with the ‘accidental’ death of each of Baleog’s former friends, ending with a dramatic showdown back in the original Viking village with Erik, who tearfully begs the answer to the question, “Why?!!” Yes, the perfected core gameplay is the same, but the comedy is of a much darker nature in LVIII.  So I’ve heard. 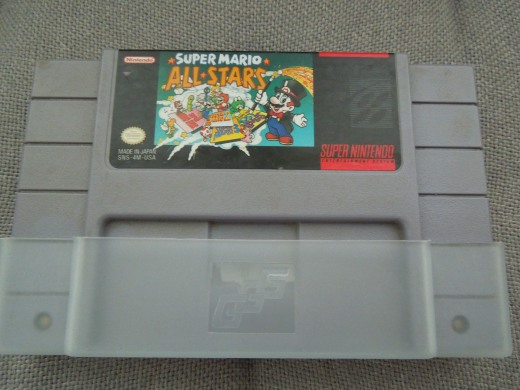 Super Mario All-Stars – Did anyone ever figure out the cheat code to play as ‘Top Hat’ Mario? 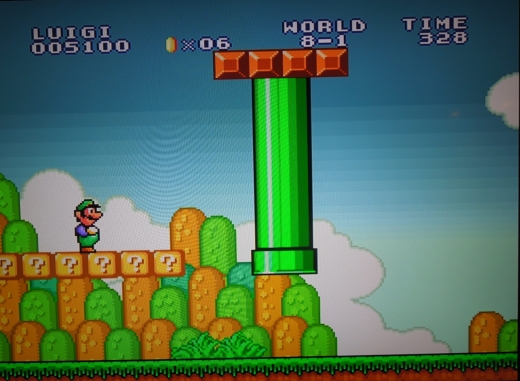 Turtles in Time – The expression on Raph’s face during the spinning roundhouse perfectly sums up this game.

9. Teenage Mutant Ninja Turtles IV – Turtles in Time – The fourth Beat ‘Em Up on the list, the general fast pace and terrific look of this game make it a game anyone could love, even if they’d never heard of these giant humanoid turtles. 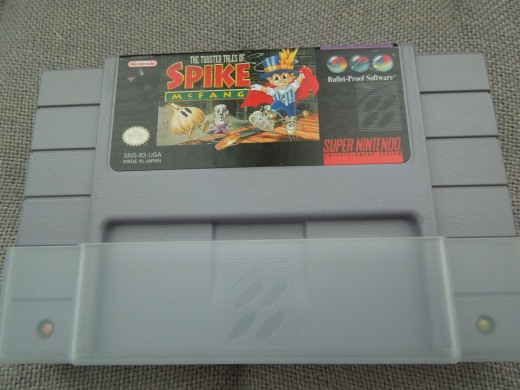 The Twisted Tales of Spike McFang – The RPG that pushed the limits of ‘Simplicity’ further than anyone ever dreamed they could go.

10. The Twisted Tales of Spike McFang – The only RPG on the list.  A Link to the Past? Secret of Mana? Final Fantasy? Terrangima?   All terrific adventure or traditional RPGs, certainly.  But none surpass the less-than-five-hour quest of Spike McFang, with a story and gameplay so brilliantly simple it outshines every other RPG on the system.