Check out my review of Die Hard on youtube! Just type ‘ORO video games’ into the search engine to pull up my channel! 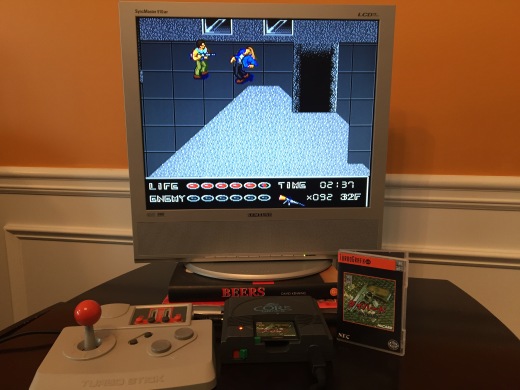 Note: Die Hard was played on a 19 inch tv. The console is a PC Engine (Japan version of TG16) that is modded to allow Turbografx 16 games, and although Die Hard was only released in Japan, I requested that a reproduction maker make a TG16 version using a terrific English translation. This console was also modded for RGB and is outputting it through a SCART cable directly onto a tv I was fortunate to find that has a SCART input.  It looks awesome.

Note 2: I won’t be comparing this to any other Die Hard games because I’ve never played any. I’ve seen the movie on which the game was based, but I’m not familiar with it enough to know all the minute details of what the game gets right. There are probably longer, better reviews on the Internet. 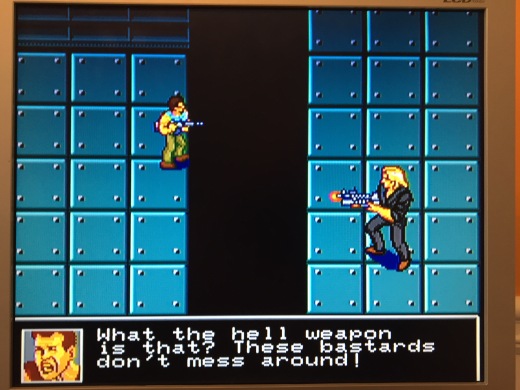 Continues:  4 per stage.  No password feature or cheat code for level select. Hold button 1 on the title screen before pressing Run to gain unlimited continues.

Story:  John McClane must ascend the Nakatomi Plaza Tower, shooting terrorists along the way in order to thwart the plans of the evil Hans Gruber.  Oddly, you don’t encounter Gruber in the game (although he appears in a pre-game cutscene), and your final battle is with a helicopter. 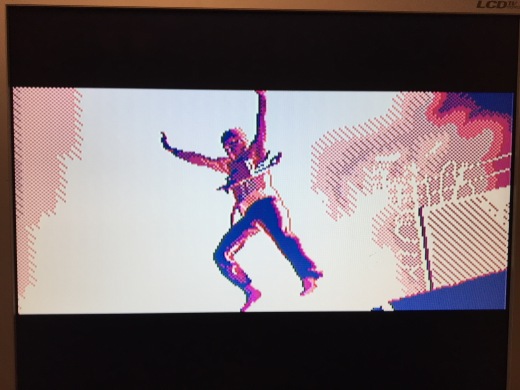 Cutscenes: They play between some stages and attempt to use scenes from the movie. They add to the story and are pretty good, actually! 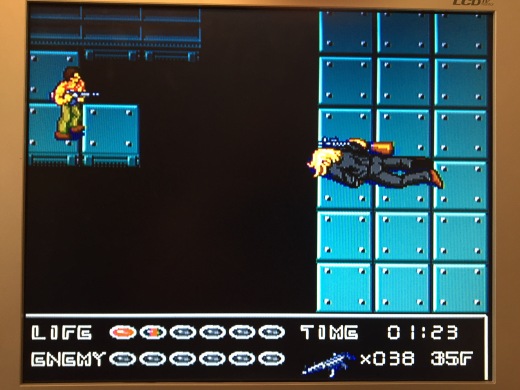 Guns:  Four guns are available: (1) a weak, single shot rifle, (2) a machine gun that fires rapidly in a straight line, (3) a rocket launcher with short range that has a bigger killing radius, and (4) a long-reaching flamethrower.  None of the guns are that great – a spread gun would have been most welcome.  All have limited ammunition, and if you run out you’ll have to use your fists.  Fortunately, gun pickups are plentiful and are dropped often by bad guys. 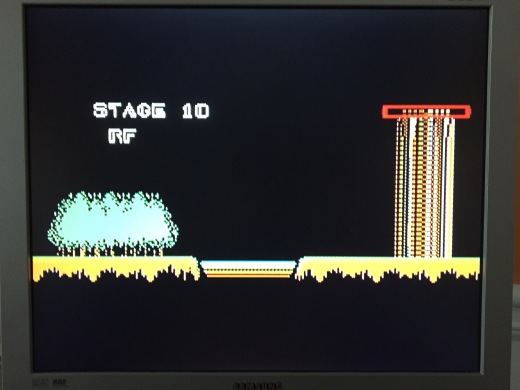 Other pickups: Other pickups include body armor, which doubles your life bar, beer, which gives you 3 health meters back, and a first aid kit, which completely restores your health bar.

Bosses: You’ll fight a small handful of bosses from the movie every few stages.  They will take a few tries to learn how to kill, but after that, they’re a piece of cake.

Blood:  McClane bleeds when his life bar is low, which is a nice touch.  Sadly, the enemies don’t when you blow them away. 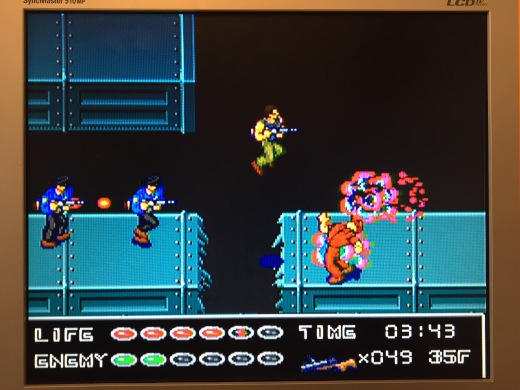 Translation: This English translation is terrific!  It has some cursing, but it’s the same way McClane talks in the movie.

Difficulty:  Minimal. Stage 3 is an annoying maze (see below for tips), and Stage 7 has some semi-difficult jumps that result in your instant death if you don’t make them.  Most of the stages are short, however, and the slightly longer ones have checkpoints you’ll start at if you die.  Using the unlimited continue code is highly recommended for beating the game.  There are definitely some stages that will take multiple tries to beat.

Stage 4 Help:  There’s body armor hidden to the left of the door to the boss. Walk around the left-hand wall to find it. This makes the boss fight much easier.

Stage 10 Help:  The last fight against the helicopter may seem tough, but is actually quite easy if you know what to do.  Stand on the far right and fire the machine gun. Jump or move out of the way of the normal bullets, and jump CONSTANTLY when the homing missiles come at you. As long as you’re in the air, the missiles won’t hit you near as often, and you can shoot them down without fear of getting hit. Yes, the helicopter takes awhile to bring down, but it drops approximately 3 beer bottles periodically and a first aid kit near the end.  It also drops multiple machine guns, a couple of rocket launchers, and a flamethrower.  Even with all this fire power, you may still run out of ammo near the end.  I literally had to jump and PUNCH the helicopter for the last few hits to make it explode – surely one of gamings all time great moments. 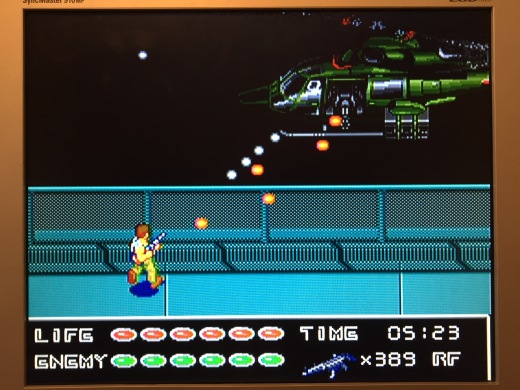 The Southern Gentleman’s Opinion and Letter Grade:  C.  Die Hard is a nice shooter with big sprites and is based on a great movie.  The challenge is minimal, which is either positive or negative in the eye of the beholder.  The music is bland, as is the general gameplay, although the control of McClane is excellent.  Other overhead shooters have done it much better (True Lies for the SNES, the overhead levels of Super C for the NES). The cutscenes and English translation are brilliant, which help the game overall.